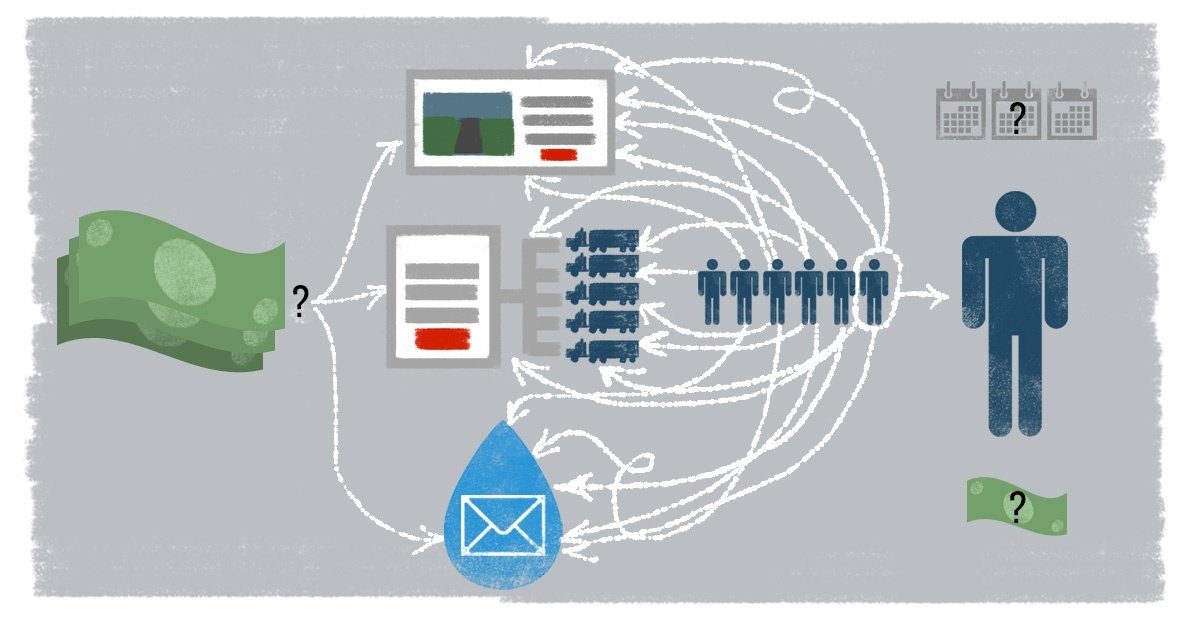 Advertising can be expensive. And as with most expensive purchases, advertising costs should be held accountable. In recruiting,  advertising is ideally measured by hired drivers.  But you cross a line somewhere when you say “calculating advertising cost per hire is a calculation” instead of a mixture of wishful thinking, oversimplification, and good intentions.

How We Wish Advertising Worked

It’d be great if  each applicant would see one and only one of your advertisements, then apply once through a single path.  After applying you would either hire the candidate or not – making the hiring decision within minutes of the application being submitted.  For the candidates you don’t hire, you would never hear from them again.  In this pretend world, a $1000 investment could, for example, lead to 100 applications ($10/application), and to 5 hires ($200/hire).  Easy peasy – cost per hire calculated. 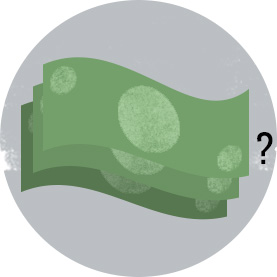 You spend the $1000 on several sources that deliver a variety of types/volumes of candidates. These advertising sources offer multiple paths for the candidate to follow to find your application – that $1000 leads to applications tagged with a variety of “sources” and “referral codes.”

Complication #1: You can’t look at something as simple as application counts; you have to count people!

Complication #2: Who gets credit for a given driver?

Driver’s statuses change backward and forward throughout the hiring process. You might decide “scheduled for orientation” is the right status to use as a proxy for a successful ad spend.  But wait, the driver scheduled on Thursday may not be scheduled on Friday – and if you look at the status again on next Tuesday, he may be scheduled again.

Complication #4: Progress through the hiring process can throw off basic status or tag-based point in time reporting. 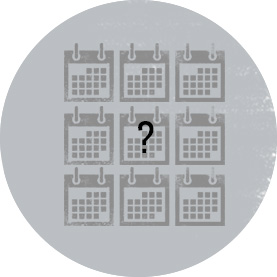 Complication #5: Timing issues can introduce even more error – which may not be a big deal looking at annual spends but can start to skew #’s at the monthly/weekly level.

Drivers that came through on your $1000 spend but didn’t end up getting hired often re-apply in the future (as much as 40% of apps are “re-applies” in any given months across the platform).  But wait, now what happens when you try to look at the performance trend of a given advertising source?  When the driver re-applies, his status gets updated to reflect the current hiring cycle – so running reports for source/status data for apps received last year, now reflect his current status.  But you saved all those reports right?

Complication #6: Re-applies make historical reporting much harder, we want a drivers progress through your hiring process to change, see complication #4, until we want it to stay the same.

How Does Origins Address the Real World Complications?

Origins tracks multiple paths and counts people. Origins also knows when one driver has multiple applications and gives credit to all sources.

Each ad source that a driver touches will get full credit. There are several other attribution models possible – but they bring complexity without better decision-making ability.

Statuses change backward and forward in the hiring process Origins uses funnels to report on all sources and movements forward and backward.

Origin’s back end process recalculates every active driver, every night

Origins looks at the date of the first application & matches that up with the month the advertising was purchased.

In Origins, once a driver goes inactive, that data is frozen so historical reporting is preserved.

Want to learn more about Origins? Contact your Tenstreet advisor for a one on one demo!