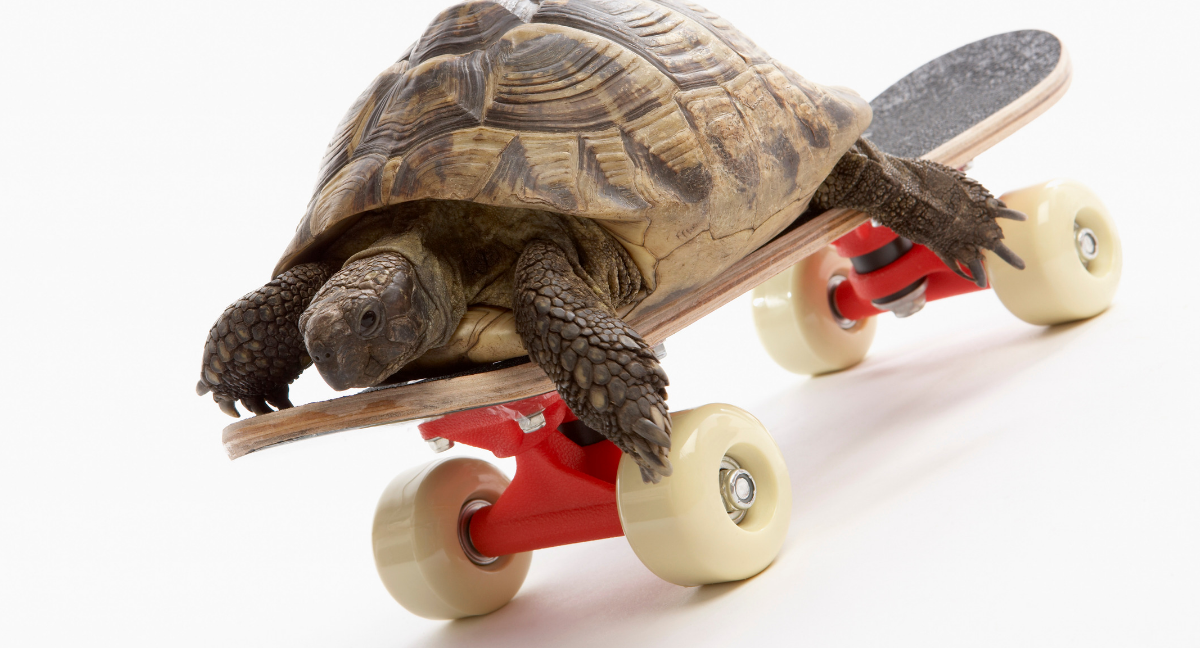 When a new year begins, most of us are overcome with the desire to make resolutions. Getting a gym membership, signing up for a cooking class, reorganizing the whole house – all of these things make us feel good because they promise a big change as long as we put in the work. But resolutions often fail because they take so much effort. In reality, we can see more effective results when we leverage our existing resources to make gradual shifts that create big outcomes over time.

Driver recruiting is just the same. It can feel tempting to start the new year by going big and spending a bunch of advertising dollars on attracting new drivers, but doing so often just targets the same applicants you’ve gotten before. If a driver applies to three places, there are two carriers that aren’t going to hire that driver. You know that many people reapply to your company over time, but it can be a shock to learn that as many as 45% of your applicants are reapplies.

So instead of dumping more advertising money into attracting these candidates again, why not resolve to stay in touch with those previous applicants and re-engage them when you need them?

Here’s how to do it using Tenstreet tools:

The best way to keep the lines of communication open with past applicants is through an automated campaign. Drip Marketing is a tool (and a communication strategy) that sends, or “drips,” a pre-written set of messages to prospects over time using what you already know about them from information gathered during the application process to make those communications feel personalized and targeted.

With this information you’ve already gathered from an applicant, you can send the right messages to the right drivers at the right time so that when a driver is thinking about a change, they’ll know where to go. For example, if a driver has just taken another job at a different carrier and declined your offer, you wouldn’t want to send him a message checking in right after he’s started his new job. Instead, send him a “Sorry you didn’t take our offer, good luck” message and a “Keep us in mind” message, followed by a check-in message in six months later when he might be thinking about switching carriers again.

2. Reconnect Tool: Reaching Out at the Perfect Time

In addition to crafting the best messaging for a previous applicant, knowing the best time to reach out is key. In some cases, you won’t have selected a past candidate because you didn’t have enough trucks to bring on a new person or the candidate’s qualifications didn’t match your standards for hiring. But a no is more often a “not right now,” so keeping track of when to reach back out will expand your pool of potential future drivers.

That’s where the Reconnect Tool comes in. In most cases, drivers who aren’t eligible when they apply will become eligible in the future. Mike has his 21st birthday coming up, Sally will have the required three years of experience in July, and that violation on Joe’s MVR will fall off next year. Instead of tracking those events manually, recruiters can use the Reconnect Tool to notify them via a report once a candidate meets their requirements. Then you can start contacting them and encouraging them to apply again.

The goal with long-term recruiting is to keep your brand in the front of a driver’s mind through consistent targeted messages so that when the driver is ready to make a move, he or she will remember you. But repeated messaging isn’t enough: once a driver does reapply, it’s crucial to engage with that driver as soon as possible.

How much do those seconds really count when you’re reaching out to these promising applicants? Way more than you’d probably think. The chart below shows a one-month snapshot of the hiring percentages of drivers who applied through Tenstreet based on how long applications sat in the queue before a candidate was contacted. 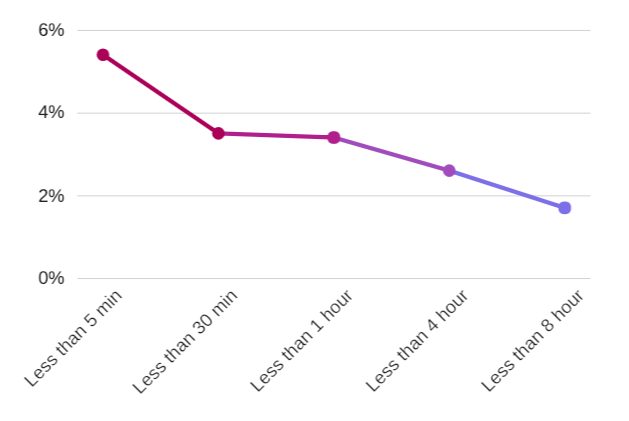 The results are surprising: Just waiting a full half hour and the chance of hiring that applicant drops 33%. Don’t get to a candidate for a full 8 hours and you’re only a third as likely to make that hire as you would have been at the 5-minute mark.

That’s why we recommend IntelliApp Now to supplement drip campaigns. IntelliApp Now notifies recruiters as soon as a candidate that meets your hiring criteria applies, while they’re still in the application process, allowing the greatest opportunity for engagement before the driver has had a chance to move on to another carrier.

Make a vow this year not to waste your ad spend on trying to reach the 40%-45% of applicants that will be the re-applies that you already have. Create targeted “drip” campaigns to keep lines of communication open with these applicants, focusing on your brand and on crafting targeted messages. Use the Reconnect Tool to target drivers once they meet your qualifications so you don’t lose track of a promising future candidate. Then, engage them quickly once they do reapply using IntelliApp Now. Those repeat appliers will make working for you their first big change of 2019!

Our re-engagement tools are integrated into our suite of recruiting tools, enabling you to see the whole picture. Contact your advisor or request a demo to learn more about drip marketing, the reconnect tool, and IA Now!